Get fresh music recommendations delivered to your inbox every Friday.
We've updated our Terms of Use. You can review the changes here.

Live at the Nachbar 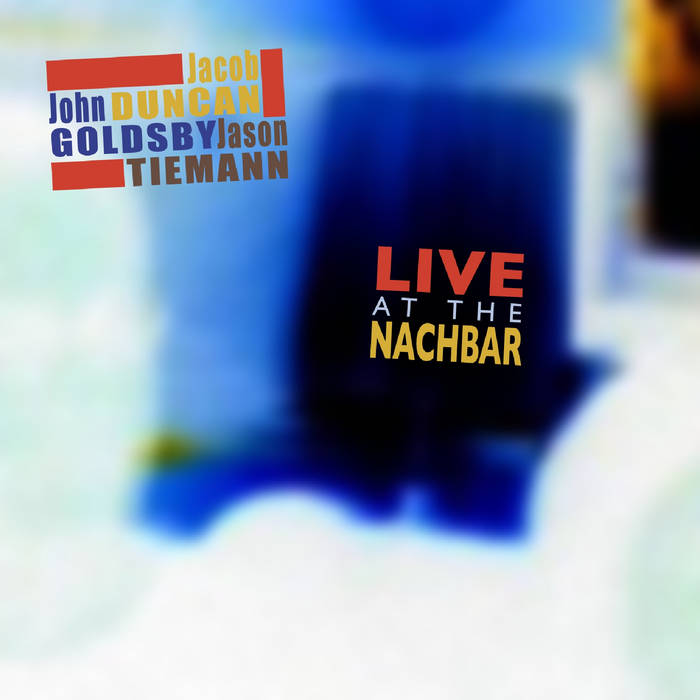 In the late 1800’s, a tide of German immigrants flooded the bustling city of Louisville, Kentucky. The Germans, mostly skilled laborers—carpenters, blacksmiths and tradesmen—went in search of new opportunities. Families with names like Goss, Kunz, Gnaedinger and Metz settled in an area not far from the Ohio river that came to be known as “Germantown.” This cultural influence is still evident with restaurant names like the Gasthaus, Huelsman’s and a friendly neighborhood meeting place and jazz club called The Nachbar.
Jump ahead to February 27, 2008: Bassist John Goldsby, a Louisville native who currently resides in Germany, returns to Louisville’s Germantown to team up with local powerhouse jazz musicians Jacob Duncan (alto) and Jason Tiemann (drums). The performance is captured on the new CD release: Live at the Nachbar [Bass Lion].
Goldsby moved to Cologne, Germany in 1994 after a long stint in New York City. Although he was best known for his work on the New York jazz scene, he had gotten his start in jazz clubs in Louisville, playing with local legends like Helen Humes, Jimmy Raney and Jamey Aebersold. After moving to New York he worked with many jazz legends, including Benny Goodman, Lionel Hampton, George Benson and many others. Goldsby currently holds the bass chair with the renowned WDR Big Band in Cologne.
Goldsby’s chemistry with alto saxophonist Jacob Duncan and drummer Jason Tiemann developed while playing live concerts at The Nachbar. “I think these guys are fantastic—I love making groovy, cutting-edge music with them,” Goldsby says about his partners.
Jacob Duncan balances his spiritual, intuitive inclination with a keen, educated intelligence; his ensemble playing is confident and solid, his soloing full of risks and rewards. Duncan is well-known as the founder of the Liberation Prophecy, and also for his sideman work with artists such as Aretha Franklin, Norah Jones, and the Violent Femmes.
Jason Tiemann also plays with the Liberation Prophecy, in addition to being an in-demand sideman for artists like Ben Monder, Jean Michel Pilc, Joanne Brackeen and Bob Minzter. Tiemann is a musician’s drummer—listening, checking, pushing and supporting while he plays—using his rare musical instincts to make the music happen.
The Nachbar, (the German word for “neighbor”), regularly features live jazz, and it has become an insider’s tip in the mid-west, known for unpretentious, yet state-of-the-art improvised music. Live at the Nachbar with Jacob Duncan, John Goldsby, and Jason Tiemann is destined to be a top choice in the “Best Live Jazz Albums of 2008” category.

John Goldsby is solo bassist with the Grammy Award-winning WDR Big Band, Cologne. His recent releases as bandleader include Segment (Billy Test & Hans Dekker), The Innkeeper’s Gun and Space for the Bass. Goldsby has authored The Jazz Bass Book, Bass Notes and Jazz Bowing Techniques for the Improvising Bassist. ... more

Bandcamp Daily  your guide to the world of Bandcamp

Semiratruth joins the show to discuss their latest release, "loading..".